Xplor Park From Cancun or from Playa Del Carmen

Experience an adventure at one of Cancun’s most famous parks, the Xplor Park. Full day of fun driving in a jungle or swimming in an underground caverns or flying above the jungle on a zipline. Snacks and lunch included to give you energy for the whole day. 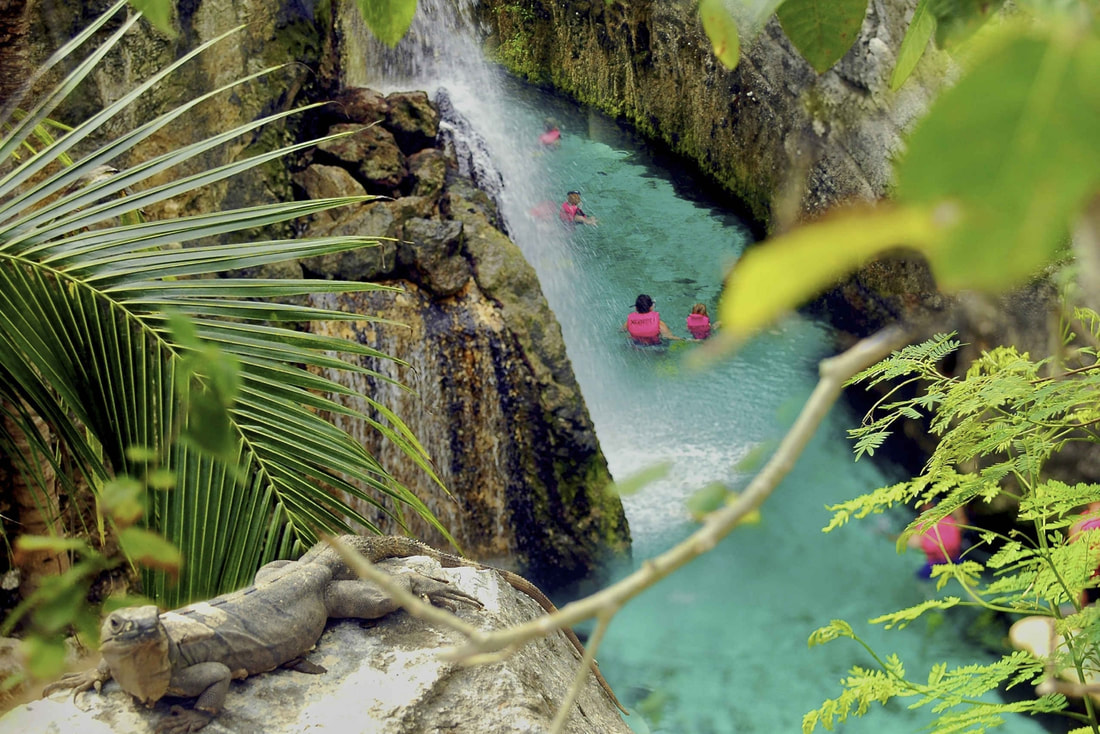 Xplor is a jungle adventure park where you can enjoy all the wonders of the Riviera Maya in complete freedom. Here, you can enjoy the zip line above the treetops, discover the rainforests, and walk, swim, and float through underground caves and tunnels.

The Xcaret Group, consisting of six recreation parks, takes pride in its Xplor Mexico Park, which was designed with the intention of exciting tourists' feeling of adventure. The park has six distinct attractions to get your heart pounding!

Tourists may scale towering heights, descend into the underground caverns, and crank their engines as they go across the Xplor Park, which is set in the deep, enchanting jungles that dot the Caribbean coast. Among the activities available are flying through the canopy, floating down clean crystalline-like rivers, and strolling in the footprints of the ancient Mayans.

As the next park in the Xcaret network, Xplor originally opened its doors in 2009. It is unique among the parks in that it emphasizes adventure and thrilling activities. Between the Xcaret and Xenses parks, Xplor is about 35 miles south of Xplor Cancun, and nearly halfway between Xplor Cancun and Tulum.

There are a lot of activities in Xplor Park - Playa Del Carmen. The zip lines are a fun way to get about two different routes; Driving through the woods on a trail with tunnels and entertaining attractions; On an illuminated circular trail, swimming in a cave; and in the caves, paddling a raft.

This is where the real adrenaline-pumping action starts. Glide down over the Riviera Maya jungle's luscious canopy on one of the several Xplor Park Zip Lines. In addition, take in the breathtaking vistas of the Caribbean and the neighboring archaeological treasures.

The Xplor Mexico Amphibious Vehicles are without a doubt the next best activity at Xplor Mexico for getting your heart pumping. Get your adrenaline rush with two 5-kilometer (3-mile) jungle-bashing circuits. Splash through puddles, beneath waterfalls, and through rocky labyrinths – while riding in the amphibious vehicles.

It’s a good idea to start your trip with a picturesque and relaxing view on the Xplor River rafting adventure. Here, you can expect to pass through a historic river system with beautiful natural caverns, while admiring the stalagmites and stalactites.

If you are looking for something with a different thrill, don’t miss the fun at Xplor Fuego where you will only be guided with tiki torches during the night trip. You'll fly through the rainforest and a ring of flames on a seven-zip-line circuit; drive a 5-kilometer track in a floating vehicle with only torches for illumination; float through stalactite caverns lit up in soothing blue and orange tones, and raft through the tunnels as if you're floating down a lava river.

In finding your way, look for the sound of a beating heart that is produced by a heart-shaped structure in the center of Xplor Park. This is the most important landmark for locating your destination. Underground tunnels connect the park's many attractions. Return to the heart to choose your next adventure after following the signs to each activity via the caves and tunnels.