Uxmal From Cancun or from Playa Del Carmen

Ancient Mayan Ruins of Uxmal, short distance from Cancun, is waiting for your visit. Build in 13th Century, Tulum is one of the best preserved cities of Mayan civilization. 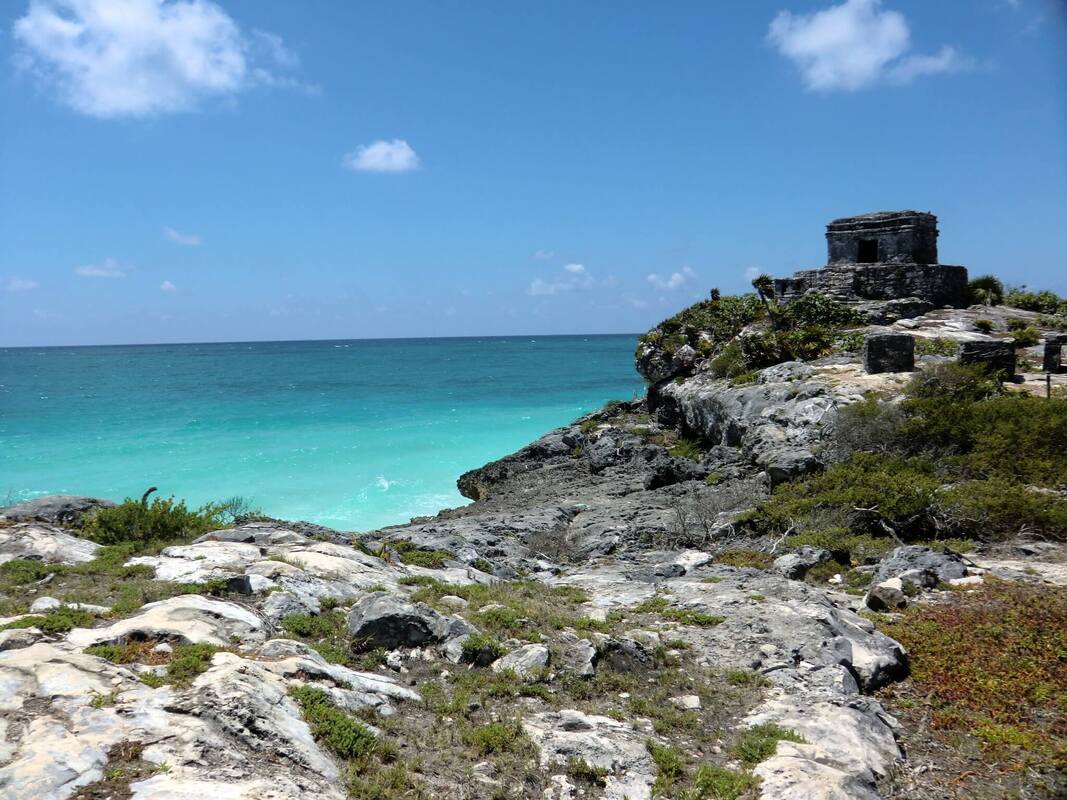 Uxmal, Mexico should definitely be added to your bucket list as it features some of the most astonishing architecture of the old world. Uxmal Yucatan Peninsula is one of the largest cities found in the Puuc Route and holds an important place in Mayan culture.

Uxmal History
Uxmal literally translates to ‘thrice built’ according to the Mayan dialect. The word refers to the Pyramid of the Magician which is the highest structure built in the area. It sits on top of other pyramids built approximately in the same period as the others. Astonishingly, this pyramid had five stages of construction instead of just three. According to experts, the Uxmal region was home to more than 20,000 Mayans and flourished from 600 to 900 AD. Nearby cities include Labna, Sayil, and Kayah, and it is believed that the ruler of Uxmal presided over the same cities.

As mentioned, the most notable structure in the city is the Pyramid of the Magician which reaches up to 115 feet in height. It has this smooth façade with the west staircase designed to directly face the sun every summer solstice. Mayans are known for harnessing technology ahead of their time – and this can be easily seen through the layout of their city and the construction designs. In fact, studies suggest that even before the arrival of the Spanish in the territory, Mayans have an established social and economic structure that allowed them to advance in great leaps and bounds. Unsurprisingly, the Uxmal region is a UNESCO World Heritage Site.

Getting to Uxmal, Yucatan Region
Getting to Uxmal necessitates a few legs in your journey. Most trips to the region start in Merida which you can reach by plane. From there, you can drive by car via Highway 180. Taking this route will get you to Muna followed by Uxmal. It doesn’t take long, however as the drive from Merida to Uxmal takes just two hours or so. Visible signs can be found along the road, ensuring that you’ll know if you already arrived in your destination. Highway 180 offers uninterrupted paved roads that allows for a smooth drive to and from your destination.

If you prefer the road less traveled, you can also take Highway 261, which should allow you to pass by the popular Ruta de Puuc before arriving in Uxmal. If you’re starting from the Riviera Maya instead of Merida, the ride can take a total of 6 hours. In either case, be prepared to pay for a “Ruin Tax” required by the Yucatan State before entering the site.

Sites to See: Uxmal, Merida
So what exactly can you look forward to with Uxmal? As a destination spot, Uxmal is an excellent destination for people who love architecture. Uxmal constructions were built using direct Maya architectural influence – taking into account their advanced knowledge in engineering. Unlike older techniques that used plaster, the Maya pyramids were made using concrete and veneer stones.

The base is kept plain with the corners slightly rounded instead of the sharp edges you’d usually find with the Egyptian pyramids. The upper portion of the pyramids are decorated with ornate carvings and a combination of lattice work that can still be viewed today. Using these combination of methods, the structures managed to retain both interior and exterior integrity – which is why they remain standing even after thousands of years.

The Pyramid of the Magician is perhaps the most effective testament to their excellent engineering methods. This imposing structure will be the first thing you see when you enter the site. The pyramid itself was built on five different temples which can be clearly seen as you walk up their staircases. Other notable structures include the Nunnery Quadrangle which is a combination of four different buildings featuring serpent pillars, lattice, and Chac masks.

There’s also the Palace of the Governor which stands on a raised platform and is perhaps the newest of all structures, having been built around 978 AD. Uxmal also has its own Great Pyramid and is already partially restored. The Great Pyramid can be climbed and offers you a great view of the surrounding site. More buildings you can find in the area include The Temple of the Doves and the House of Turtles.

However, not all interesting structures in Uxmal are built high. The builders of this city managed to create a fairly modern water-collection system through the creation of cisterns built into the ground. With no source of fresh water, the city had to collect water from whatever source and stored it through their ground structures.

What to Love about Uxmal, Merida
Uxmal and the neighboring site of Merida are both excellent places to sit back and just relax. Despite the old architectural sites, a large part of the cities have undergone development and offers its tourists multiple choices for dining, relaxation, activities, and accommodations. Many facilities are deeply aware of the Maya roots and managed to incorporate the culture in their offerings – allowing tourists to really immerse themselves in the culture even as you enjoy the luxuries of a modern lifestyle.